Celebration after a challenging two years 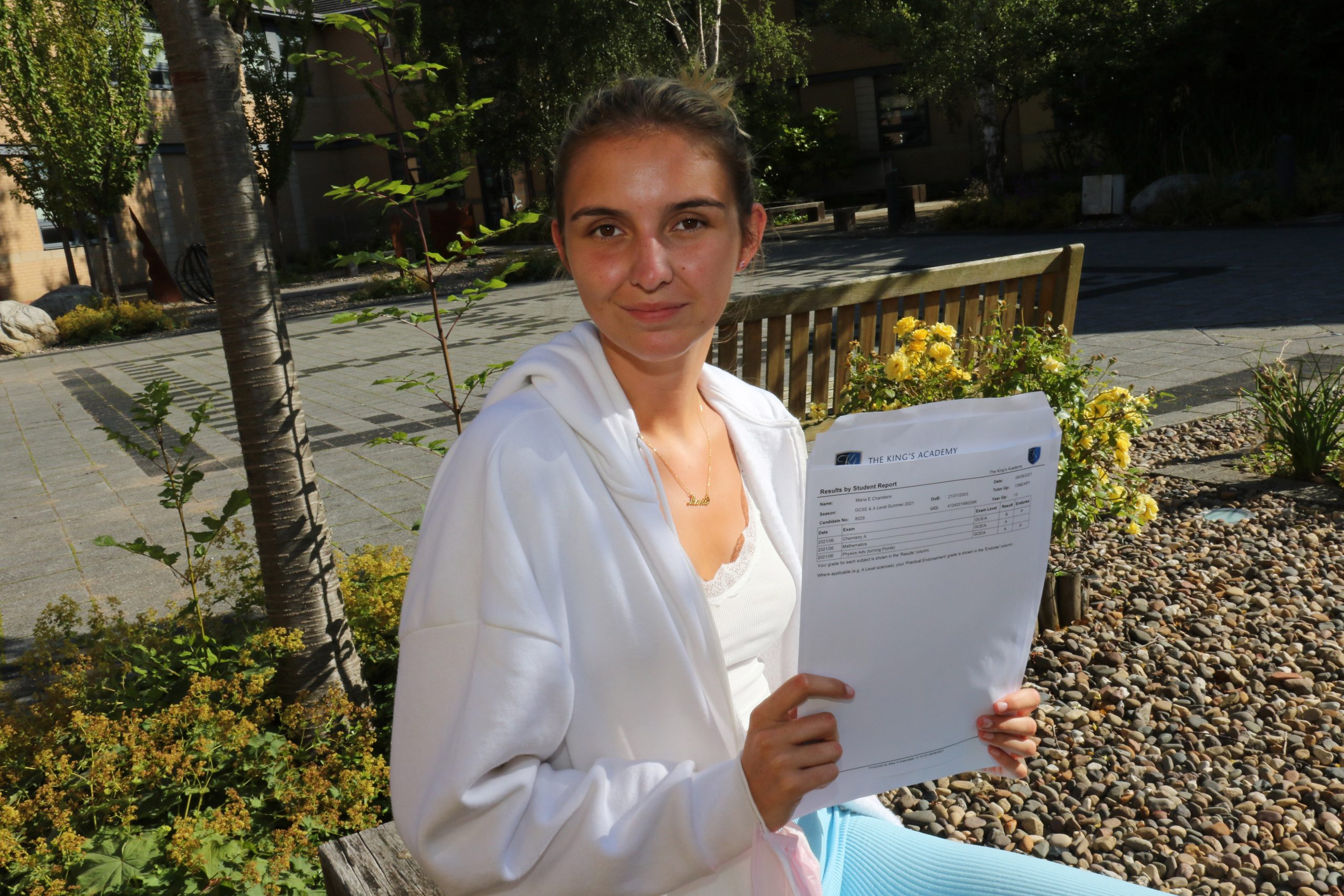 Students at The King’s Academy have overcome one of the most challenging periods in education to secure top university places with their A-Level results.

Showing resilience and determination to match their talent, the students at the Coulby Newham academy have achieved to the highest standards in what their principal called “a vintage year”.

This year’s cohort of A-Level students endured almost their entire time in sixth form caught up in the coronavirus pandemic, but many had praise for the academy and their teachers, particularly once they moved to live online lessons.

Principal David Dawes said: “We’re thrilled with the stunning but well-deserved outcomes of our students who have faced unprecedented challenges throughout their sixth form. For all of our school staff it’s an incredible reward to see students departing to diverse routes, especially where they will be of exceptional service to society.

“We are also very proud of the young men and women they have become, and to have had the privilege of playing a part in their character development. As the senior students in the school over this last historic year, they have also played a key role as examples to younger students and we will miss them all very much.”

Six students secured maximum grades with three A*s each for Alicia Glasgow and George Knaggs, and Adam Bulman, Moftah Dhafr and Noah Robson, who are all bound for Durham University to study maths, physics and geography respectively. 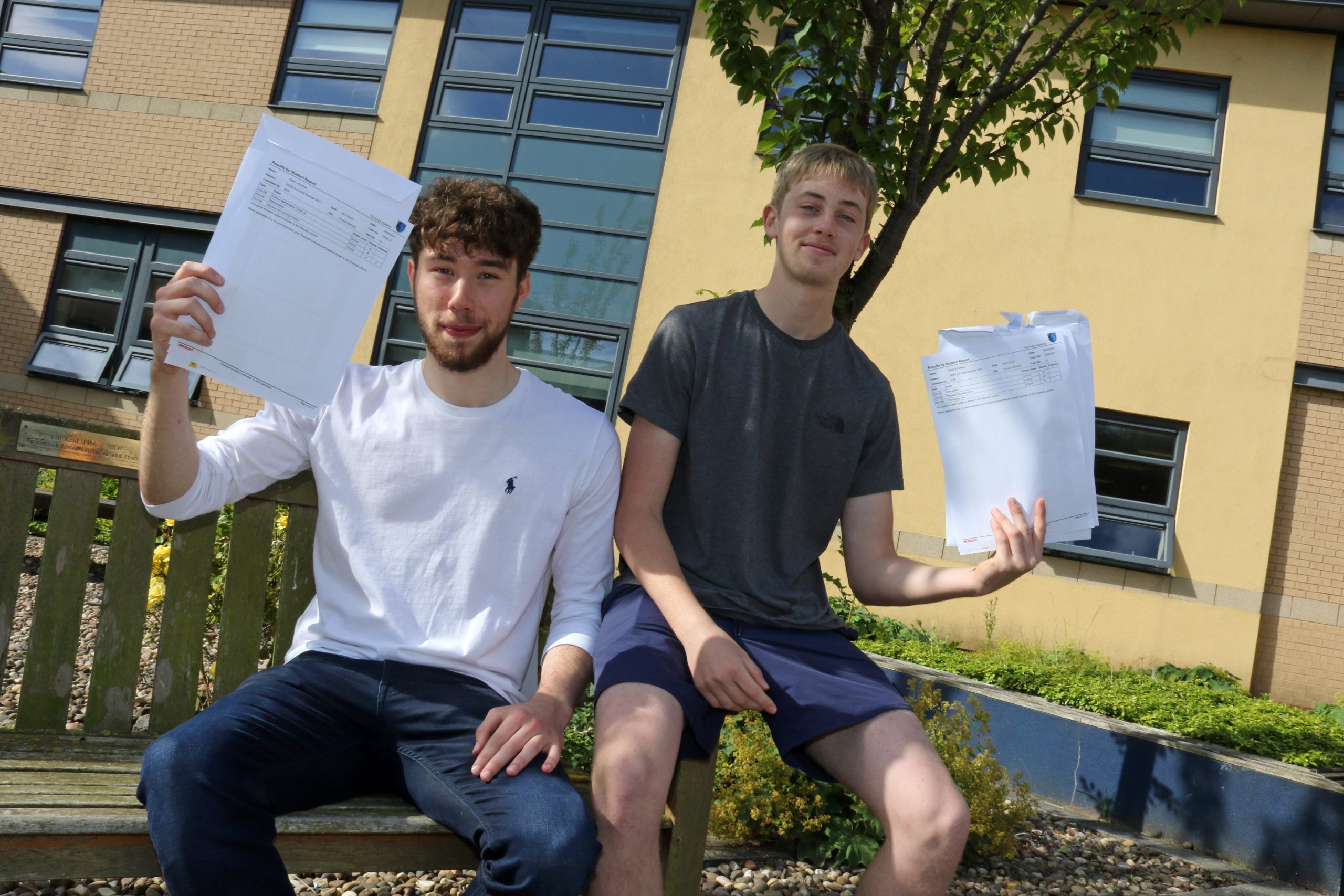 Noah, 18, of Marton Moor, said: “I chose Durham because it’s the best university north of Oxford and Cambridge so I set my sights on going there and it paid off. I massively exceeded what I expected to go. For me, the pandemic has been a blessing in disguise. It gave me the chance to get my head down and work when everything else was going crazy around us. I think it helped me.”

Adam, 18, of Nunthorpe, added: “We had to get on with it and learn the skills to adapt. I had been to my brother’s open day at Durham two years ago and really liked it, especially the college system.”

Accomplished singer and actor Kendle Hill, a stalwart of academy productions playing the Queen of Hearts in Alice in Wonderland and Mrs Beaver in The Lion, the Witch and the Wardrobe, achieved the highest number of UCAS points in the academy with two A*s in drama and theatre and English literature and a Distinction* in music to secure a place to study musical theatre at Arden School of Theatre, in Manchester.

“It was a really scary audition process because I had to record them at home and you don’t get to see the reactions. I went through quite a few and got some rejections but it was worth it in the end and I’m excited to go to Manchester. I’ll miss school but I’ll come back to see the shows.” 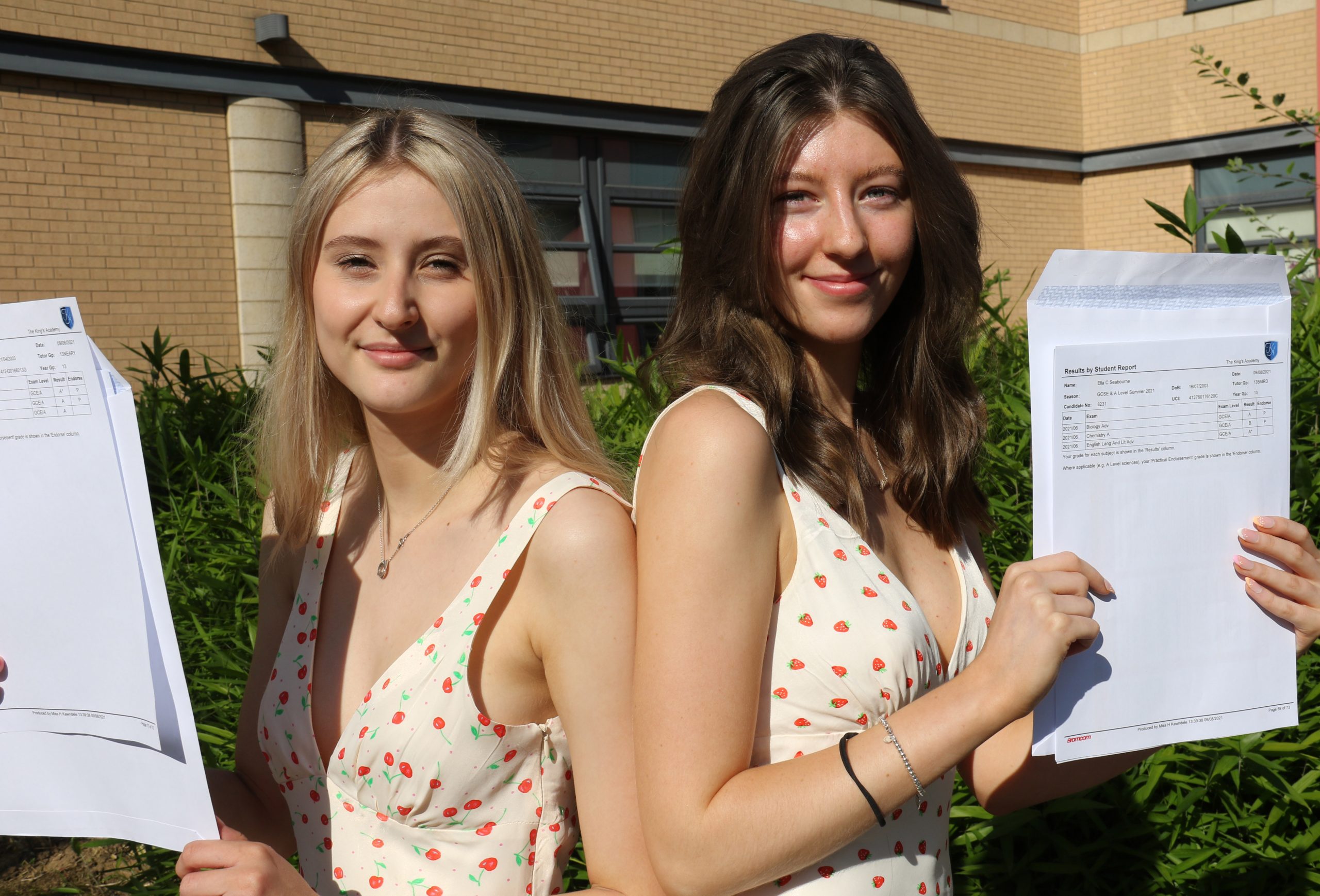 A further six students are heading for clinical courses: after achieving two As and an A* Amie Baker is going to Hull York Medical School to read medicine and Rosie Young will study dentistry at the University of Dundee with the same grades in biology, chemistry and English language.

Rosie, 18, of Coulby Newham, said: “I wanted to do something in health care and I think dentistry will help me build relationships with patients.”

Ella Seabourne is also aiming to study medicine; Ellie Meredith will train in midwifery and Rebecca Wadrop will study adult nursing, both at Teesside University; and Khuzayma Abra gained ABC in maths, biology and chemistry to follow his brother in reading pharmacy at Sunderland.

Ellie, 19, of Marton, said: “I have always wanted to do nursing and the more I looked into it the more I thought of midwifery. It was a bit difficult to stay focused especially when we were at home but the live lessons were much better; it’s just been different.”

Having applied to Birmingham University, Ella, 18, of Normanby, added: “I picked it for the choice of hospitals there. I visited for the first time a few weeks ago and I’m happy with it.” 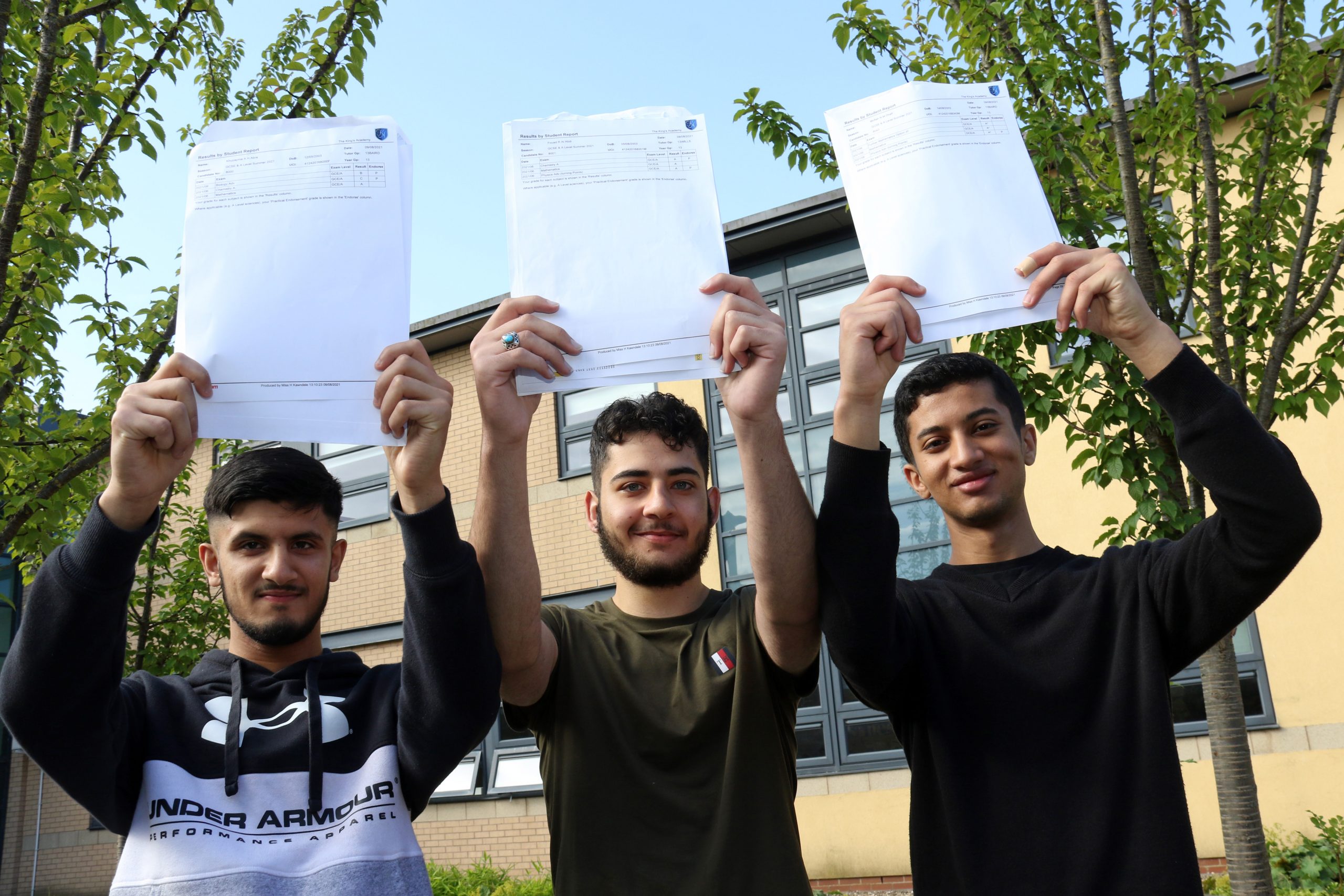 Just under three quarters of university applicants gained their firm offer, half of which are at prestigious Russell Group universities. Among them are Fouad Al-Abdi, whose three As secured a place to study chemical engineering, and Robbie Ward, civil engineering with a year in industry, both at Newcastle University; Muhammad Haddad, with three As to do biomedical science at Sheffield; and Maria Chambers who achieved the two As and B she needed to study architectural engineering at the University of Leeds.

Maria, 18, of Nunthorpe, said: “I have loved school when I’ve been here but now I’m just excited to start university.”

Robbie, 18, of Nunthorpe, said his A* in geography, A in maths and C in chemistry were “perfect”. “I’ve done better than expected. Working from home you just had to keep your mind off the pandemic, but I would rather have been in school.” 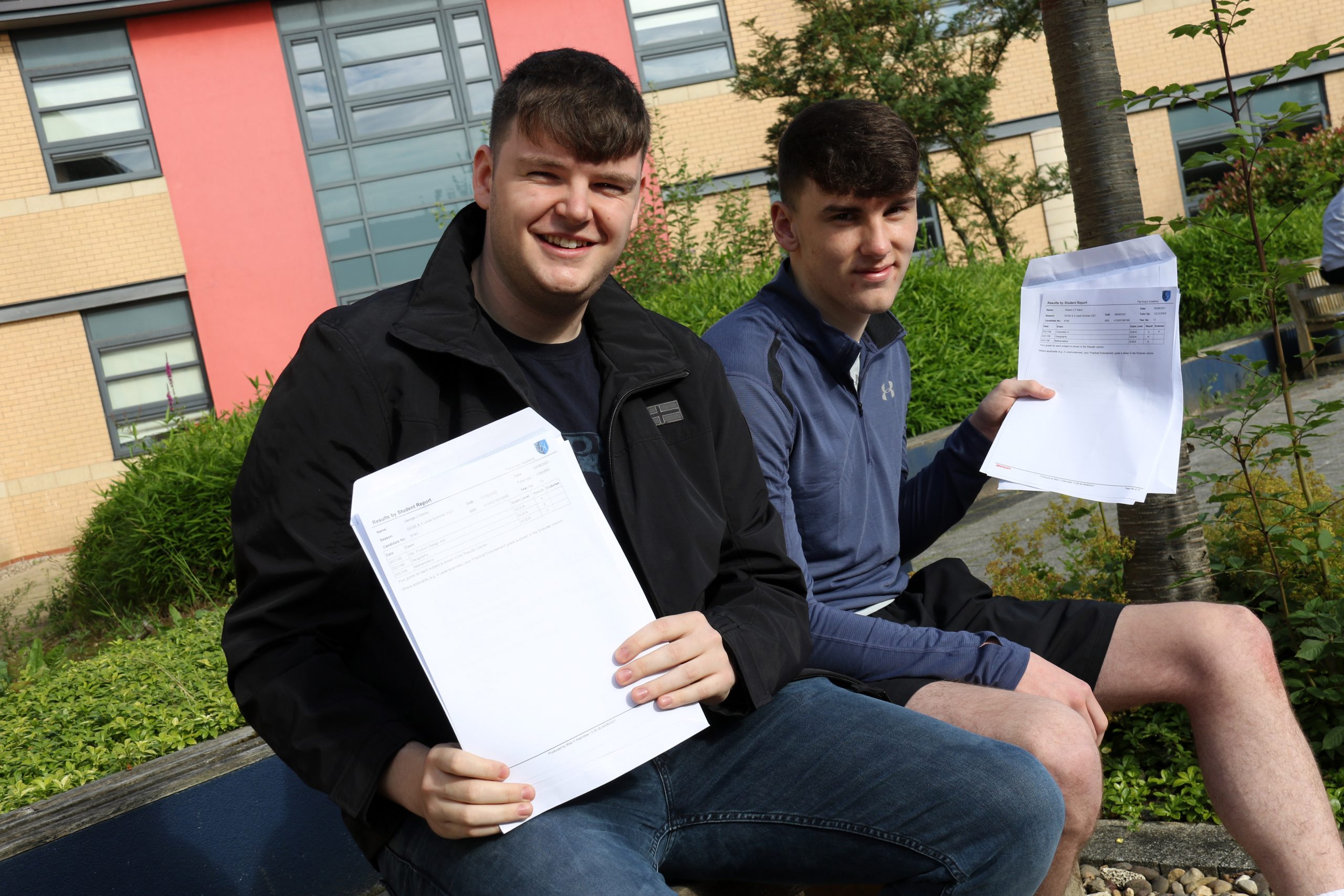 His friend George Oakley, 18, on Hemlington, who achieved ABC in product design, geography and maths and will study civil engineering at Teesside University, added: “We weren’t in school it was hard to stay focused and keep motivated, but the teachers were brilliant and tried to help us as much as they could.”

Not all students intend using their top grades for university, among them Matthew Brown, who is taking up an oil and gas technical apprentice programme (OGTAP).

Other students celebrating their results included Tom Gibson, 18, of Longlands, who said: “The online lessons were really helpful. I felt like I had the same opportunities and don’t feel like I would have done any better.”