Deputy Head Boy, Francis Sayer, was selected earlier this year to take part in the OxNet programme. This is a highly competitive Oxford University access initiative that is ‘unapologetically academic in its focus’. Alongside a series of seminars, all participants on this scheme are given an essay to write over Easter as part of a competition. Students in the ‘Ordered Universe’ strand were given this title;

‘Consider the difference between modern scientific textbooks, which are obsolete after a few decades, and medieval texts, which were copied and read for centuries after they were written’.

We are delighted that Francis’ essay won, in what was a very strong field. This really is an enormous achievement.

Francis’ winning entry is available to read in full on the OxNet website – here – it’s an interesting read! 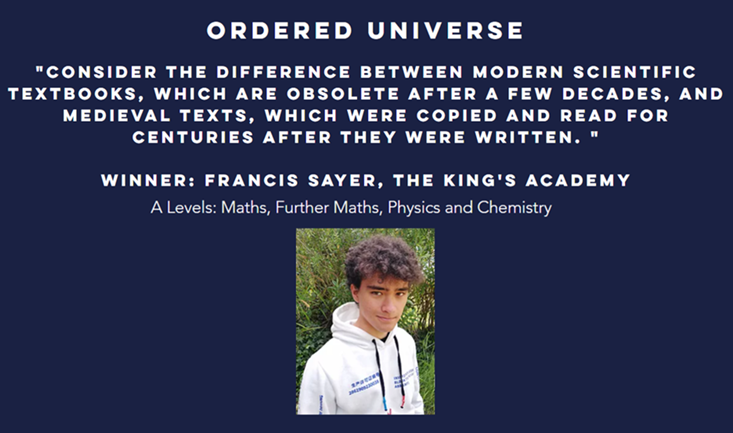