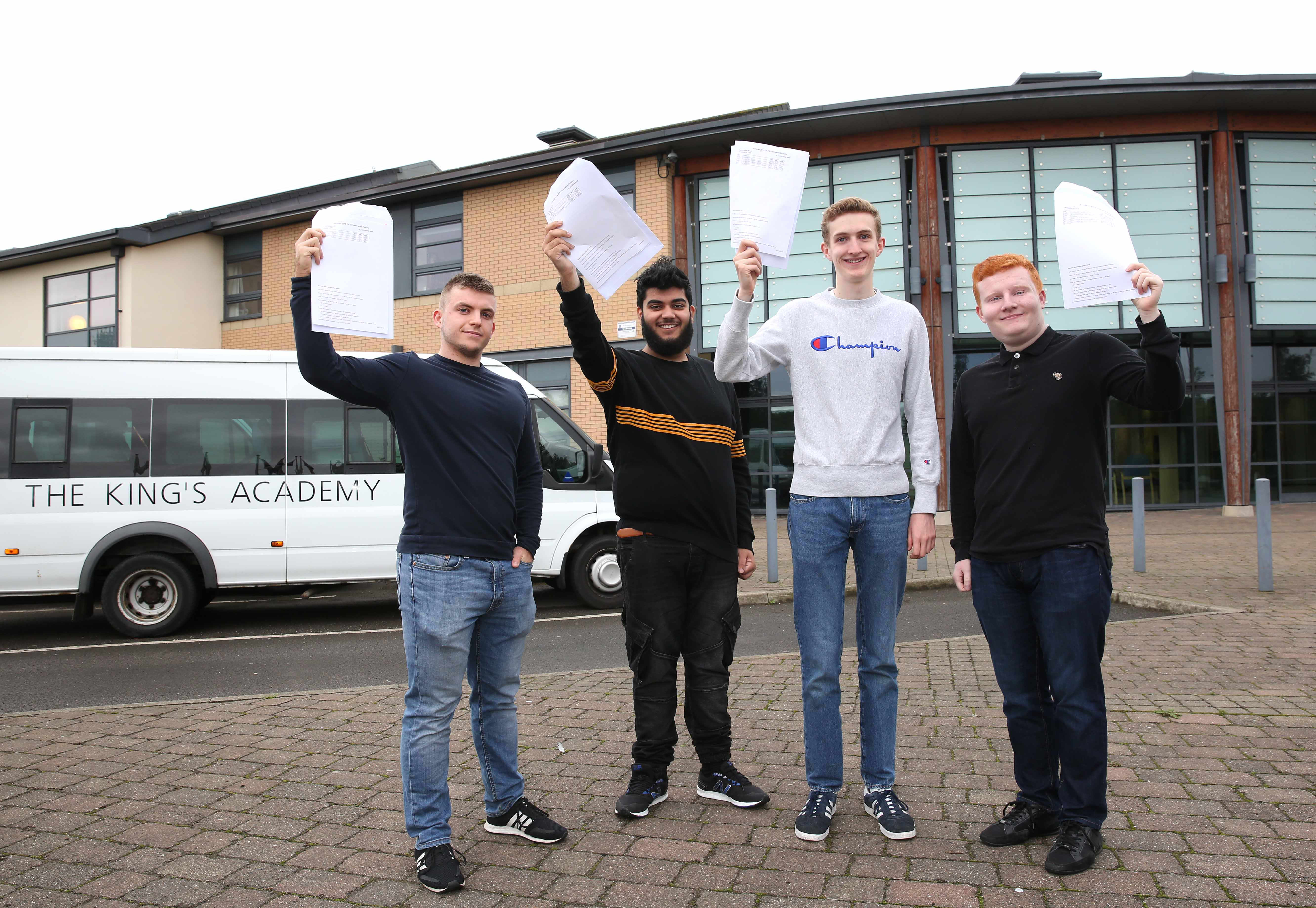 An academy’s newly formed ‘Rockschool’ programme has laid down a notable rhythm of success in this year’s A Levels.

Every student studying Level 3 technical award for music practitioners at The King’s Academy, in Coulby Newham, gained distinction star or distinction (the equivalent of 1½ A* or A grades), with two aiming to go on to study music-related courses at university.

Taught by King’s Academy music teacher Andy Power, who is also a professional blues/funk/rock guitarist, Alice Milburn, who also achieved an A in maths and Cs in physics and further maths, will study electronic engineering with music technology systems at York University, while Elizabeth Dixon, who gained Bs in English literature and drama and an A in the EPQ (Extended Project Qualification) is also hoping to go York to read music. 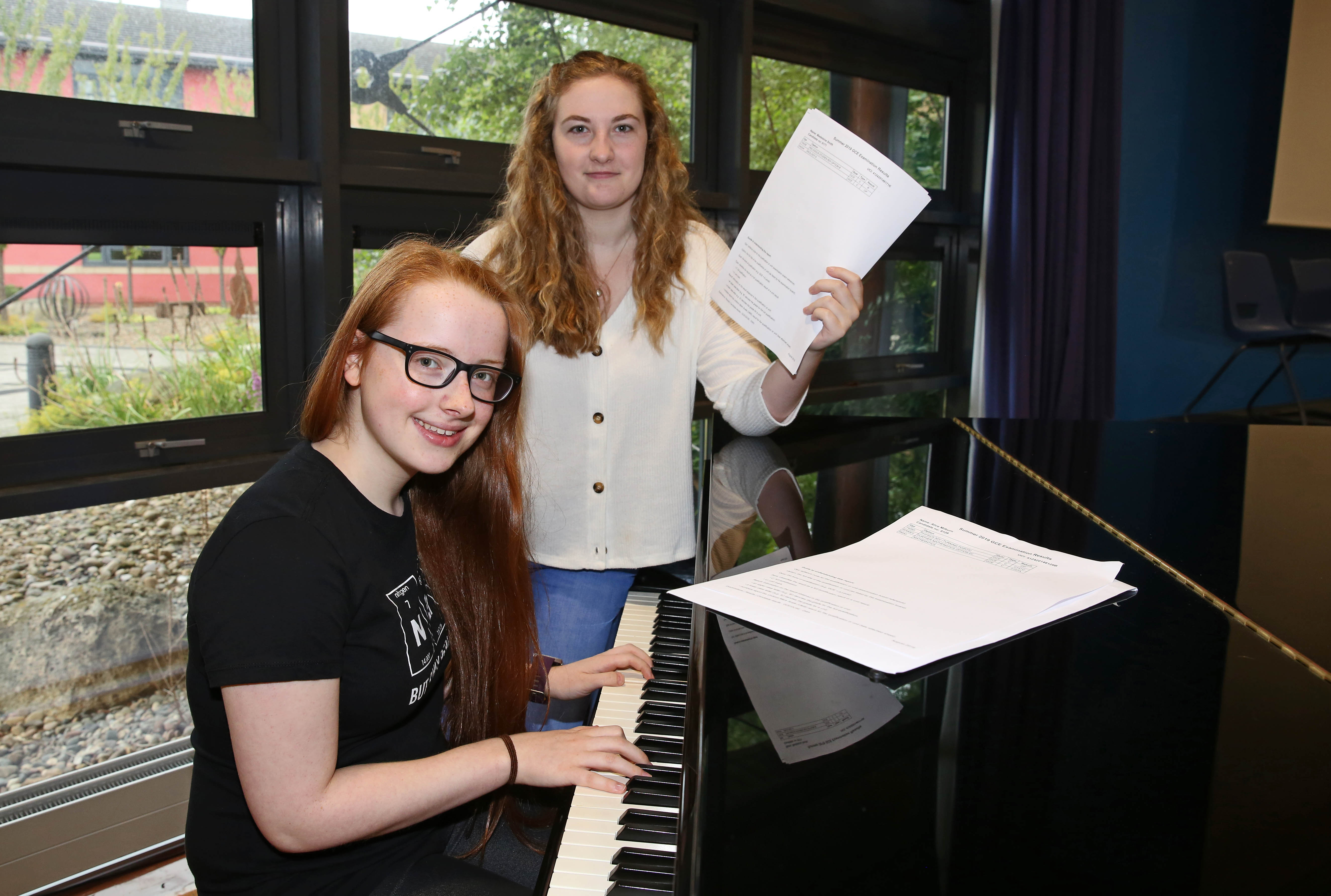 Alice, who plays piano and flute, said: “For me, it’s the technology of music that I really enjoy and sparked my interest. I’ve been able to get involved in the technical side of school productions and I would love to go on to work in sound engineering in West End theatre.”

Fellow musicians Megan Wilson hopes to study drama and theatre, while Madeleine Smith has achieved her offer to study zoology at Hull University.

The leading students at The King’s Academy were James Wood, who achieved two A*s and two A grades in maths, physics, further maths and economics and has a place to read economics at Warwick University, and James McCrum who gained the same grades in psychology, EPQ, maths and physics to study physics at St Andrew’s University. 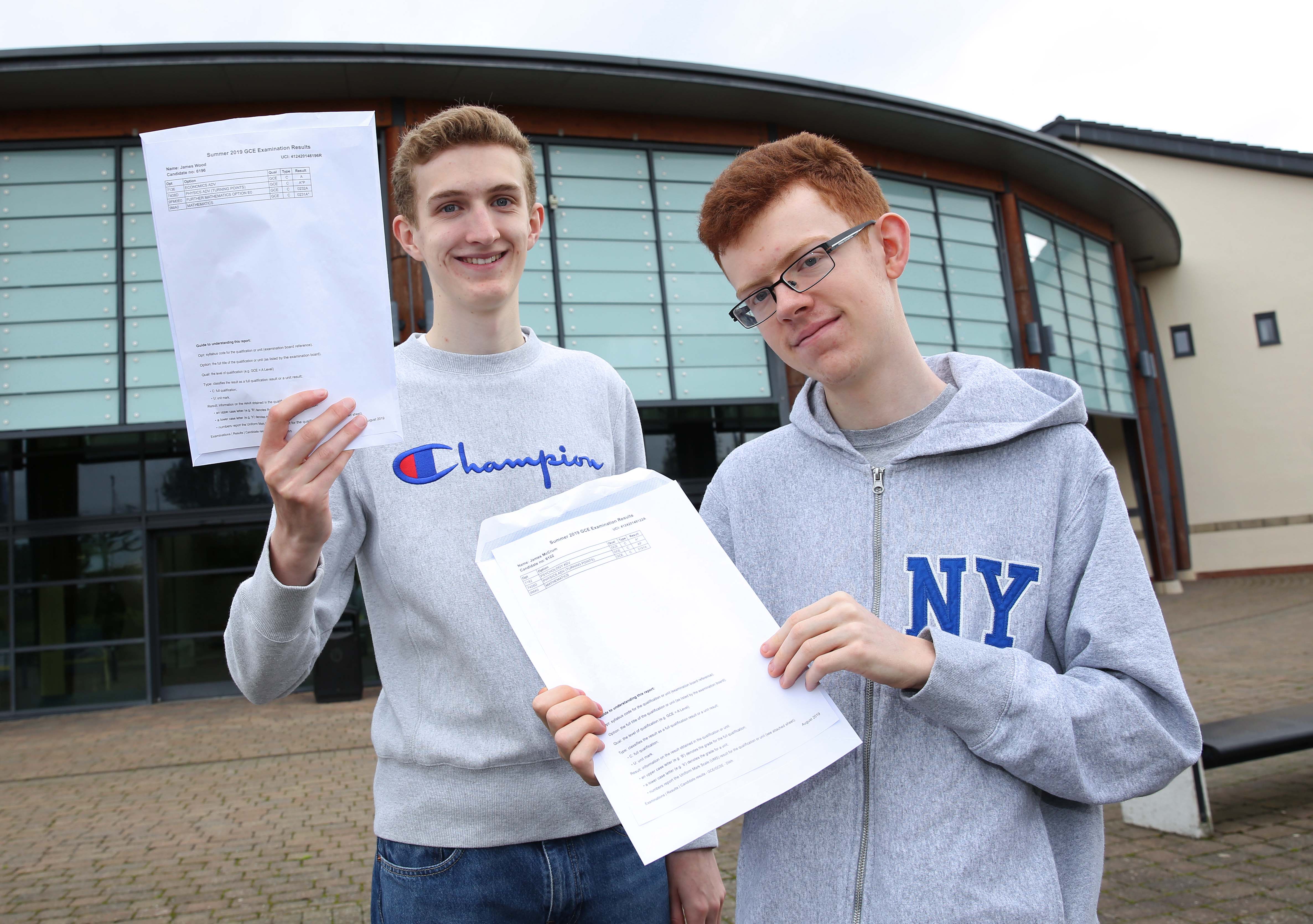 Close on their tail was Joseph Bennett with two A*s and an A grade in maths, physics and further maths and has a place at Leeds University to study aviation technology with pilot studies, including flight training for civil aviation, and Jack Batt who got an A* and two As in maths, further maths and physics and hopes to join the RAF for pilot training.

Joseph said: “I started to want to be a pilot after going to Florida on holiday two years ago when I got to go on the flight deck of the 747. I researched the different and affordable routes in and the course at Leeds was the most interesting because you study the theory as well.”

Jack has completed the aptitude tests and will undergo his medical next week for the RAF.

He said: “My dad is a pilot with Wizz Air and I’ve wanted to do it since I was six. So far everything is going swimmingly so I hope that continues. I’d love to fly Typhoons one day.”

Principal David Dawes said: “We are delighted for our students today, whose hard work and commitment has paid off in a set of outstanding results. Most of all, we are extremely proud that they leave The King’s Academy as exceptional young men and women of character who have the potential to make an enormous contribution to our society.

“The variety of opportunities they are taking up reflects their ambition and can-do attitudes to fulfil their dreams and to make the most of their talents, which our staff have nurtured so well during their time with us. We wish them all the very best for the future.”